Recently I interviewed Angie Wagner from The Country Seat, Inc. and I asked her to share a favorite basket story.  I had intended to include it in the interview, but it is so sweet and so fitting for this season of gift giving I have decided to post it today – on its own and exactly as Angie shared it with me. Enjoy and Merry Christmas.

“I love the heart and soul that weavers put into their work and their generous spirit.

Recently a long time customer, who has become a friend over the years, asked on Facebook for an old horse bit to use as a handle on a basket. I replied that I had my first pony’s old bit, I would dig it out and take it to the convention where I would see her in a couple of weeks. It turned out to be a little harder to hand it over than I had imagined it would be. It had been sitting in a box for the last 14 years, but the act of handing it over pulled at my heart a bit.

A week or so later she posted a picture of the completed basket, saying that it was headed for someone who would love it very much. It was beautiful and I added my compliments to the others. Another week or so went by and I received a large box in the mail. Curious, I looked at the return address, wondering what in the world Mary would be sending to me. As soon I opened the first flap I was in tears as I saw the basket with my pony’s bit in the box. I never imagined that she would send it to me, but she said the more she worked on the basket, the more she was certain that it had to come back to me.

We put a part of ourselves into every basket that we weave, especially when we are weaving it with a specific purpose or person in mind.” 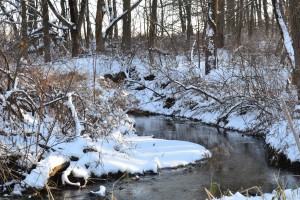